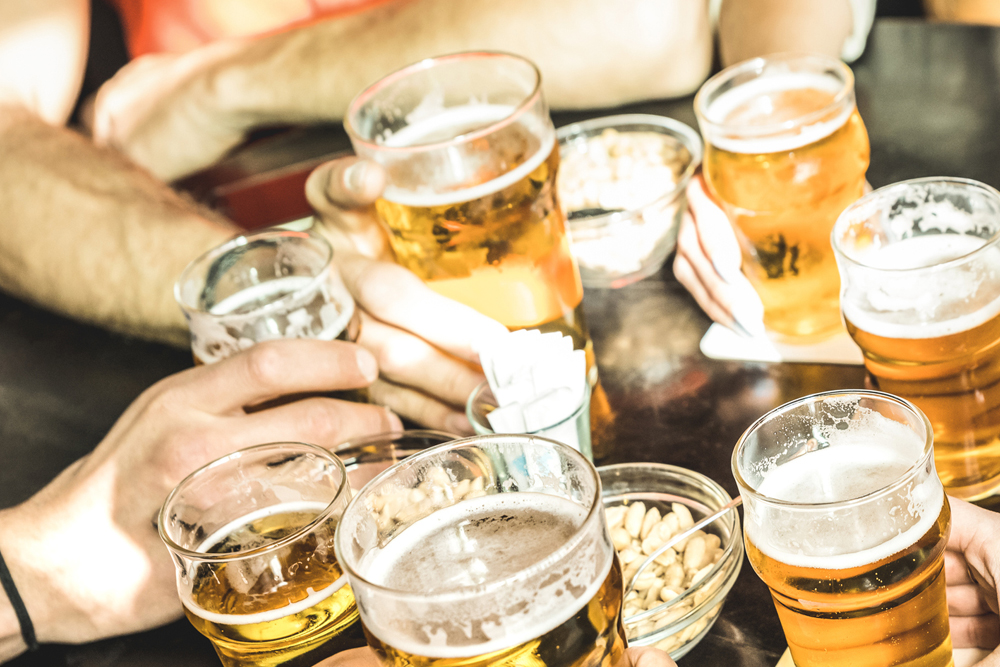 Drinking is usually a part of social activities and  people do it for different reasons and occasions. If we look at history, people drink wine to enhance their digestion, while for some cultures they do it during festivities and special gatherings.

Unfortunately, there’s also a downside to this habit, especially when you binge drink and later develop a dependence. In this article, we are going to talk about interesting facts about binge drinking and its status in the United States.

Also, we aim to encourage your awareness of the health problems brought about when you drink too much. Without further delay, let’s dive in.

5 Things About the Effects of Alcohol In Your System

Whether you are a “weekend” or daily binge drinker, it pays well that you know these facts about the health effects of alcohol.

Say we have a man and a woman both at the age of 25, and then they consume an equal number of drinks, who will get drunk easily? This scenario entails that both individuals are not heavy drinkers.

Well, the answer will be the woman, and this is true because generally, women have lesser alcohol dehydrogenase that breaks down alcohol in the body.

#2 It lowers your blood sugar level

Surprisingly, the symptoms of hypoglycemia and alcoholism are parallel, which is why some diabetic patients consume a controlled volume of alcoholic drinks. Having said that, you still need to consult with your doctor regarding this process and never do self-medication.

Alcohol is a good solvent for nonpolar compounds like cholesterol, the reason why some doctors recommend their patients to have one or two glasses of wine or distilled spirit daily. Having said that, it may help reduce clogging of arteries due to excess cholesterol blood content. Again, only do this upon the advice of a medical professional.

#4 Every person uniquely reacts when they drink

Similar to our comparison in the previous section, it’s a fact that every individual responds differently when they consume alcohol. Some people don’t get drunk easily, while others experience an allergic reaction like skin itchiness, skin swelling, and redness.

#5 It’s a misconception that alcohol warms your body

The temporary warmth you feel upon drinking is caused by the sudden rush of your blood due to alcohol. However, this is just temporary since alcohol helps your blood vessels and arteries expand, which enables you to lose heat much quicker.

Who Binge Drinks in the United States?

We have compiled interesting data regarding the population of drinkers in the U.S. Alongside this, you need to seek medical help as early as possible for treating your alcohol use disorder.

How many deaths are caused by binge drinking and alcoholism?

In 2015, there were approximately 95,000 individuals who died from vehicular accidents and violence due to alcohol intoxication and binge drinking. From this data, 68,000 were male, while 27,000 were female. Having said that, alcoholism is considered the third factor causing the death of people in the U.S.

Economic Problem Brought by Alcohol Use Disorder in the U.S.

Besides the accidents caused by alcohol intoxication, it also burdened the economy of the country. Here are some data reporting the financial expenses incurred in the country due to alcoholism:

What’s the status of alcoholism and its health-related diseases in the United States?

When you drink too much for a longer duration, it will cause severe health consequences that could lead to death. With that being said, here are important data showing cases of health-related diseases due to alcoholism and binge drinking.

How dangerous is binge drinking?

You commit binge drinking when you grab more than five or four drinks in less than two hours. Having said that, you won’t easily notice the dangers when you suddenly drown your body with too much alcohol, so we are outlining these dangers below:

When is the right time to seek treatment?

Binge drinking occurs in any age group and even for minors, which makes it an alarming situation in the United States. If ever you are part of the population of binge drinkers, it’s wise that you consult with a doctor or addiction specialist as early as possible.

Remember that alcohol use disorder is a treatable disease, as long as you are willing and committed to undergo rehab treatment. Having said that, you can search for a reputable rehab center near you and inquire about their services.